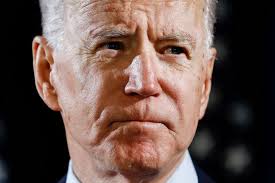 The judge granted a 14-day temporary restraining order until the case could be further examined, following a request by Texas Attorney General Ken Paxton.

Washington: A US government judge on Tuesday hindered President Joe Biden’s organization from executing a 100-day stop on removals. Judge Drew Tipton allowed a 14-day transitory limiting request until the case could be additionally analyzed, following a solicitation by Texas Attorney General Ken Paxton. “A close total suspension of removals would just serve to imperil Texans and subvert government law,” Paxton said in an explanation. On his first day in the White House Biden marked a ban on the extradition of undocumented travelers who showed up in the United States before November 1, 2020, in this way satisfying a mission guarantee. Paxton, a nearby partner of previous president Donald Trump, quickly offered the request. “I recognize the Court for focusing on the law and security of our residents,” Paxton said in the proclamation. Driving US social equality gathering, the American Civil Liberties Union (ACLU), thus recorded a concise requesting that the court deny the request.”The citizens dismissed the Trump organization’s deplorable migration approaches, however Texas is presently looking to shield the Biden organization from turning the page,” said Cody Wofsy, a lawyer with the ACLU’s Immigrants’ Rights Project. This fight in court, which is just barely starting, likely portends an unpleasant, more extensive battle to come on the issue of movement. On January 20 Biden dropped the Trump organization’s most disputable migration measures, remembering the structure of a divider for the boundary with Mexico. Biden additionally sent a bill to Congress that could prompt the regularization of millions of undocumented travelers. In a tweet on Tuesday afternoon, the American Civil Liberties Union slammed the court’s decision. “Voters rejected Trump’s disastrous immigration policies, but Texas is now seeking to keep Biden from turning the page. This initial, tentative, and hasty decision is wrong,” the group said. Denise Bell, researcher for refugee and migrant rights at Amnesty International USA, also criticised the court’s decision, saying “the safety and lives of people are being politicised at a time when the country should be coming together to improve our shared future”.“This pause on deportations is a necessary and critical step as the new administration seeks to undo the devastating legacy of xenophobic, racist and anti-immigrant policies instated by the previous administration, and takes steps to grapple with a deadly pandemic whose impact has been exacerbated by deportations,” Bell said in a statement.