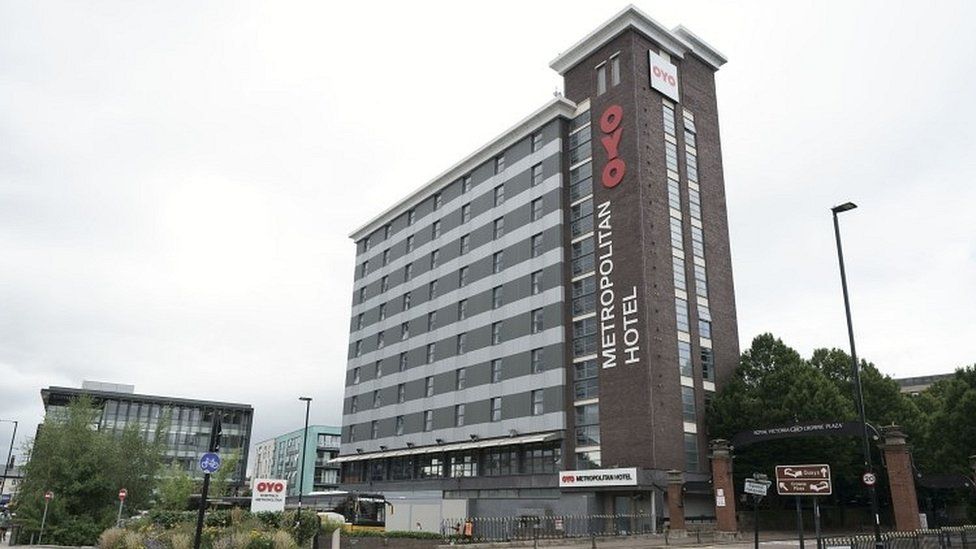 A five-year-old Afghan refugee who fell to his death from a Sheffield hotel window has been identified by police.

It is accounted for Mohammed Munib Majeedi tumbled from a 10th floor room where he was remaining with his mom. Crisis administrations were called to the OYO Metropolitan Hotel in Blonk Street, Sheffield, at about 14:30 BST on Wednesday. An individual Afghan remaining in the lodging said Mohammed’s family shown up in the UK 15 days prior. It is perceived they were migrated to the UK as a feature of the Afghan Relocation and Assistance Policy (ARAP) conspire. The man, who filled in as a mediator for the British Army in Afghanistan, said one of his youngsters made him aware of the kid falling and he went outside to help. He was subsequently approached to go with Mohammed’s mom to clinic to interpret. He said everybody in the lodging had been left stunned by the episode. “They are so disturbed, they are so despondent,” he said. “Everyone, assuming you need to converse with them, they have no time since they are so awful, in a terrible condition.”Another Afghan inhabitant said he was in his room when he heard the kid fall. “His mom was in the room with him,” he said. “She was shouting, ‘my child, my child’. At the point when I came here [outside] I saw the emergency vehicle and police here.” He added: “They came here to save their lives, they came for another life here, yet unfortunately…” The man said the eight to 10 Afghan families remaining at the inn were being moved to another inn on Thursday afternoon.A five-year-old kid, just barely been cleared from Afghanistan with his four kin and guardians, has kicked the bucket in the wake of tumbling from a lodging window. We comprehend Mohammed’s dad worked for the British Embassy in Afghanistan and had made a trip to the UK under the public authority’s plan to resettle translators and care staff whose lives might be in danger from the Taliban. Once in the UK be that as it may, the Home Office is battling to discover convenience for evacuees – a considerable lot of whom are huge families. It’s perceived the Home Office was straightforwardly dealing with the now vacant inn at the hour of the occurrence. There had been concerns raised about the wellbeing of the windows. I’m disclosed to certain individuals had been moved out, yet the Home Office denies this. The lodging bunch Mears was caring for the inn until a couple of months prior, however security concerns saw it pull out to another close by inn. What has occurred here, thusly, brings up some significant issues about what steps were taken to guarantee the inn was alright for weak families and small kids and about the condition of convenience being given to refuge searchers. The Home Office said: “We are very disheartened by the disastrous passing of a kid at a lodging in Sheffield. “The police are offering help to the family while the examination proceeds and we can’t remark further right now.” South Yorkshire Police said: “We can affirm that the five-year-old kid who unfortunately lost his life is from Afghanistan. It said Mohammed’s passing was not being treated as dubious and his family was being upheld by officials. The power has advanced for any individual who saw the episode to get in touch with them. Enver Solomon, CEO of the Refugee Council, said: “This a horrendous misfortune and our contemplations are with the family who have gone through such a lot of injury and enduring to arrive at the UK. “It is imperative the Home Office do an earnest examination concerning what has occurred so steps can be taken to rapidly learn exercises. “We don’t have the foggiest idea about the subtleties of the episode yet it is basic that families who come from Afghanistan are given all the help they need and housed in proper convenience. They are helpless and frequently exceptionally damaged.” Sheffield City Council pioneer Terry Fox said: “This is totally obliterating, just so unbelievably dismal. “As a committee we are in close contact with the police and will offer any help that we can to the family – my heart goes out to them.”