UK set for new heatwave as temperatures head to 35C 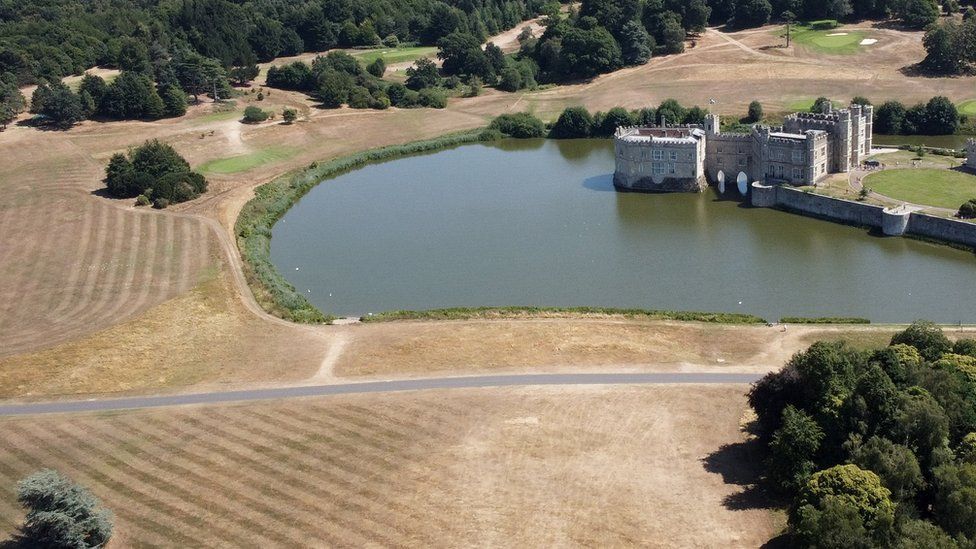 UK set for new heatwave as temperatures head to 35C

The UK is set for another heatwave this week with highs of up to 35C (95F) in some parts, forecasters have said.

The Met Office said while conditions would be underneath the 40.3C recorded last month, the sweltering weather conditions could keep going for a more drawn out period.More pieces of England are additionally confronting hosepipe boycotts in the midst of exceptionally dry circumstances, as fire teams caution of fierce blazes.An intensity wellbeing alert has been set up for England by the UK Health Security Agency.The admonition, intended to assist medical care experts with overseeing times of outrageous intensity, comes into force from early afternoon on Tuesday until 18:00 BST on Saturday, the UKHSA said.Met Office meteorologist Tom Morgan said a “genuinely far reaching heatwave” was creating across the UK this week with the pinnacle of the temperatures liable to be on Friday or Saturday.”It seems to be a drawn out time of dry climate and clearly that is terrible information for southern England where some downpour would truly be valuable now,” he said.Temperatures will work from 28C or 29C on Tuesday and arrive at the low to mid-30s from Thursday, Mr Morgan said.He said the West Midlands and West Country could see with most noteworthy temperatures with a limit of around 35C, however this is dubious.A heatwave is characterized as better than expected temperatures seen for three days or more.England had its driest July beginning around 1935, said the Met Office. For certain parts – south-east and focal southern England – last month was the driest since records started in 1836.There have likewise been calls for more hosepipe boycotts to be gotten – on Sunday Environment Secretary George Eustice asked more water organizations to force them.Southern Water as of now has set up a hosepipe boycott for clients in Hampshire and on the Isle of Wight, and from Friday South East Water will do likewise in Kent and Sussex.Welsh Water will get a boycott for Pembrokeshire and Carmarthenshire in the not so distant future.In France, the public authority has set up an emergency group to handle a dry season that has left in excess of 100 regions shy of drinking water.Last month’s record temperatures saw a progression of fierce blazes the nation over and Riccardo la Torre, from the Fire Brigades Union, portrayed them as “merciless”.”They consume at incredibly high temperatures, they spread quicker than firemen can move and they are very work concentrated,” he said.Dave Walton, vice president fire official at West Yorkshire Fire and Rescue Service, said the fierce blazes could be brought about by a “reckless removal of cigarettes” or broken glass amplifying the sun.Essex County Fire and Rescue Service has encouraged individuals not to light huge fires or grills, or let off firecrackers or sky lamps, after an enormous burst which harmed gardens, sheds and trees was begun by a chiminea.In the mean time, Marks and Spencer has quit selling dispensable grills in its UK stores, saying it needs to “assist with safeguarding open spaces and decrease the gamble of flames”.Throughout the course of recent weeks, fire administrations the nation over have confronted an expansion sought after due to the dry and hot circumstances.Mark Hardingham, seat of the National Fire Chiefs Council said: “I have not seen a qualification between the two heatwaves – it has stayed hot among then, at that point, and presently and similarly there’s been no precipitation.”He said teams were anticipating that the most active season of day should be somewhere in the range of 13:00 and 19:00 BST consistently and said fire bosses would plan to boost ready to come in case of an emergency firemen in rustic regions to assist adapt to request.Exactly 35 firemen handled a burst for two hours that spread across sections of land of farmland in Dorset on Monday – that very day that the nearby fire administration encouraged ranchers to clean residue and debris from machines consistently.