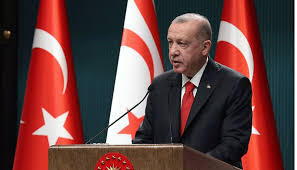 Turkish President Recep Tayyip Erdogan has called on Turks to boycott French goods amid a row over France’s tougher stance on radical Islam.

In a broadcast discourse, he asked world pioneers to ensure Muslims “if there is abuse against Muslims in France. Mr. Erdogan has irately reprimanded French President Emmanuel Macron for vowing to shield secularism against revolutionary Islam. It comes after an educator was executed for indicating Prophet Muhammad cartoons. SamuelPaty was guillotined on 16 October by 18-year-old Abdullakh Anzorov outside Paris, in the wake of introducing the pictures to his students during a class about opportunity of speech. Mr. Macron has honored MrPaty, and said France “won’t surrender our kid’s shows”. Portrayals of the Prophet Muhammad are generally viewed as untouchable in Islam, and are hostile to numerous Muslims. But state secularism – or laïcité – is vital to France’s public character. Controlling opportunity of articulation to secure the sentiments of one specific network sabotages solidarity, the state says. Mr. Erdogan required the blacklist in a broadcast discourse on Monday.

“Never offer credit to French-named products, don’t get them,” he said in the capital Ankara. He said Muslims are currently “exposed to a lynch crusade like that against Jews in Europe before World War II”, including that “European pioneers should advise the French president to stop his scorn campaign”. Over the end of the week, Mr. Erdogan said Mr. Macron required a psychological well-being look at for talking so powerfully on Islam – remarks that made France review its minister to Turkey for consultations. It came after Mr. Macron swore to protect secularism and tackle extremist Islam in the wake of the slaughtering of MrPaty. Fourteen days before the assault, Mr. Macron portrayed Islam as a religion “in emergency” and declared new measures to handle what he called “Islamist separatism”. France has Western Europe’s biggest Muslim populace, and some blame the experts for utilizing secularism to target them. European pioneers have turned out on the side of France. Germany communicated “solidarity” with Mr. Macron after the Turkish president’s remarks, with government representative Steffen Seibert calling the comments “disparaging” and “totally unsatisfactory” and unfamiliar clergyman Heiko Maas calling Mr. Erdogan’s own assaults “a specific depressed spot”. Dutch Prime Minister Mark Rutte said the Netherlands “stands immovably with France and for the aggregate estimations of the European Union”, while Italian Prime Minister Giuseppe Conte additionally communicated his “full solidarity” with Mr. Macron. “Individual affronts don’t help the positive plan that the EU needs to seek after with Turkey,” he wrote in a tweet. Be that as it may, Turkey isn’t the main nation to reprimand Mr. Macron’s remarks. Pakistan’s Prime Minister Imran Khan blamed the French president for “assaulting Islam” in a tweet on Sunday, while French items have been eliminated from certain shops in Kuwait, Jordan and Qatar. There have likewise been fights in various nations, including Bangladesh, Iraq, Libya and Syria.