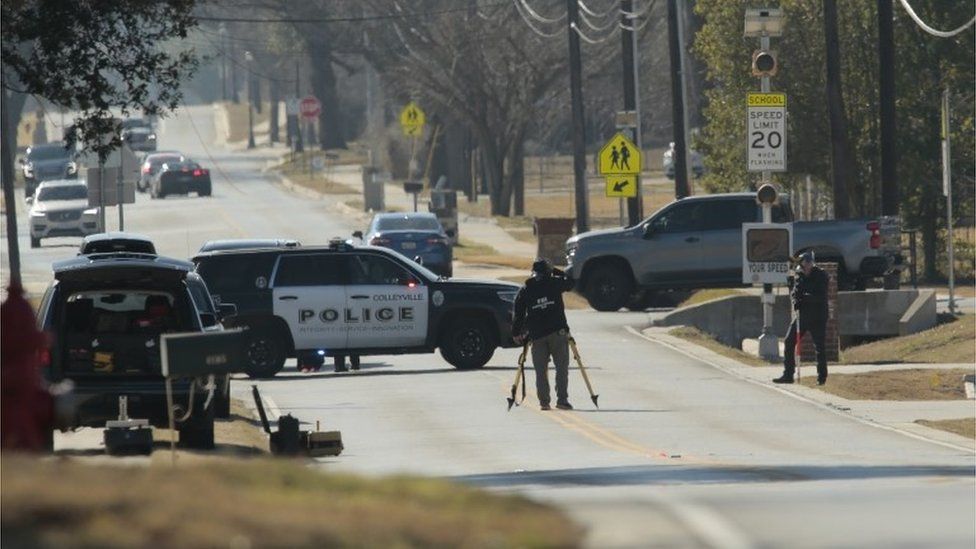 Two teenagers have been arrested in England as part of the investigation into a hostage-taking incident at a synagogue in Texas on Saturday.

British citizen Malik Faisal Akram, 44, from Blackburn, was shot dead after a standoff with police in Colleyville. Details of the ages or genders of the pair arrested in south Manchester on Sunday evening were not revealed.Greater Manchester Police said it was liaising with local communities and continuing to assist in the US inquiry.The force said the two teenagers were arrested “as part of the ongoing investigation into the attack” and were being held in custody for questioning.According to US police sources, Akram arrived in the country via New York’s JFK International Airport two weeks ago.Akram’s brother Gulbar confirmed his death in a statement carried on the Blackburn Muslim Community’s Facebook page. He apologised to the victims and said his brother had been suffering from mental health issues.The Metropolitan Police earlier confirmed counter-terror officers were in contact with US authorities and the FBI.The siege began at around 11:00 local time (16:00 GMT) when police were called to the Congregation Beth Israel synagogue in the suburb of Dallas.Neighbours told the BBC they heard a commotion when armed police were sealing off the area, followed later by a loud bang, which shook their house.Suzanne Hughes said she was at home celebrating a birthday with her family when they saw police with guns drawn rush toward the synagogue.”I was expecting the synagogue to have exploded – it had not, but it was very unnerving. We heard gunfire when we got to the backyard.”It’s sad. This is America. You’re supposed to be able to be safe everywhere you go,” she added.