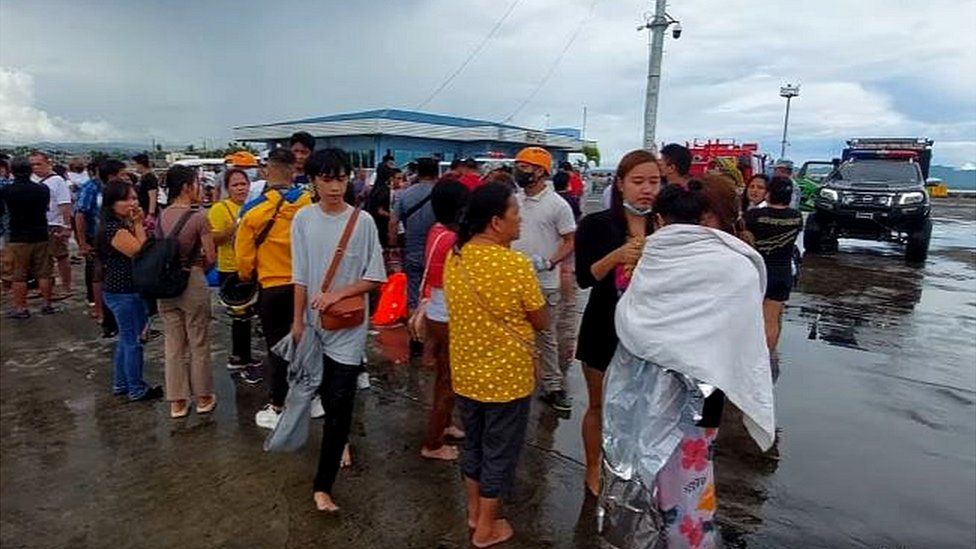 A fire engulfed a ferry carrying 165 people in the central Philippines and rescuers now say all but two have been brought to safety.

One individual is affirmed to have passed on and one is feeling the loss of, the Philippine Coast Guard says.The Mama Mary-Chloe was cruising between the islands of Bohol and Leyte.A Coast Guard video on Facebook showed survivors shorewards in Hilongos, on Leyte. The boat, with 157 travelers and eight group, had cruised from Ubay, on Bohol.A few reports say kids needed to bounce from the consuming boat prior to being picked.A YouTube video showed a tremendous fire on board the vessel with thick dark surging smoke and many individuals in the water.Authorities say they don’t yet know the reason for the fire, yet gauge the ship was just conveying simply over a portion of its most extreme number of travelers.”The salvage of the group and travelers was quick a result of the assistance from [boats] cruising in the waters when the episode occurred,” the Coast Guard said.Boat mishaps are moderately normal in the Philippines, as numerous vessels are packed and the immense archipelago experiences successive tempests.