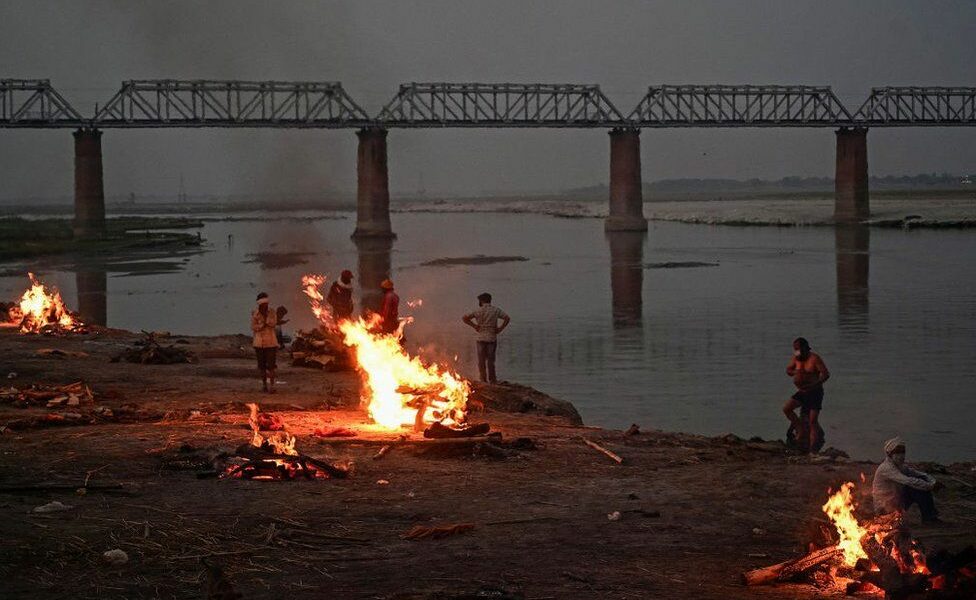 India’s holiest river, the Ganges, has been swollen with bodies in recent days.