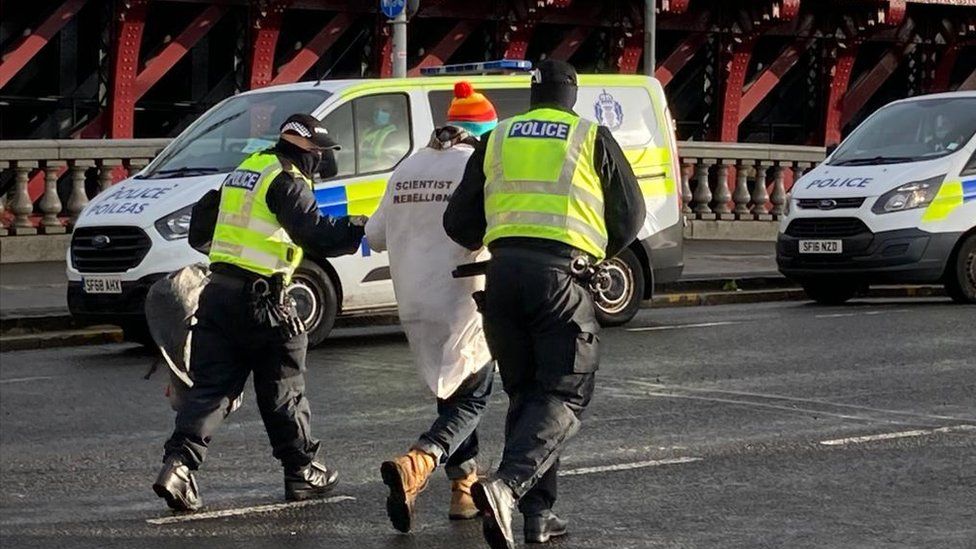 About 100,000 people marched in Glasgow to demand more action on the climate crisis, organisers have said.