Austria to go into full lockdown as Covid surges 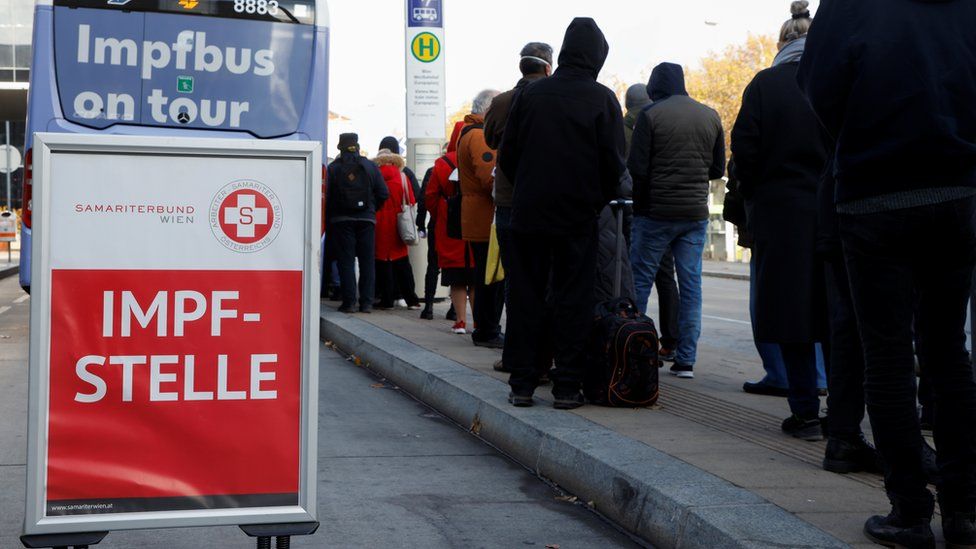 Austria to go into full lockdown as Covid surges

Days after Austria imposed a lockdown on the unvaccinated, it has announced a full national Covid-19 lockdown starting on Monday.

Chancellor Alexander Schallenberg said it would last a limit of 20 days and there would be a lawful necessity to get immunized from 1 February 2022. He was reacting to record cases numbers and one of the least immunization levels in Western Europe. Numerous other European nations are forcing limitations as cases rise. “We don’t need a fifth wave,” said Mr Schallenberg subsequent to meeting the legislative leaders of Austria’s nine territories at a hotel in western Austria. For quite a while, there had been an agreement over staying away from compulsory inoculations, the chancellor said. Notwithstanding, an excessive number of individuals had been actuated not to get the punch, in view of “an excessive number of political powers, shaky inoculation adversaries and phony news”, he added. The actions are yet to be settled. Most recent figures show an occurrence pace of 990.7 cases per 100,000 individuals in the previous week, and Health Minister Wolfgang Mückstein said forcing a lockdown was a “final retreat”. Under the actions, Austrians will be approached to telecommute, unimportant shops will close, and schools will stay open for youngsters who expect eye to eye learning. They will proceed until 12 December, yet will be reconsidered following 10 days. Slovak Prime Minister Eduard Heger reported that what he called a lockdown for the unvaccinated would begin on Monday, and the Czech government is likewise restricting admittance to an assortment of administrations. The Netherlands presented a fractional lockdown last end of the week. German pioneers have consented to present limitations for unvaccinated individuals in regions with high Covid medical clinic affirmations that would influence 12 of Germany’s 16 states.