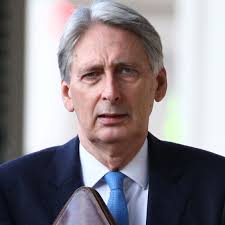 Former Chancellor Lord Hammond has said the government must risk unpopularity and tell “some difficult home truths” about the state of the economy.

He told the BBC that managing the pandemic had been what might be compared to “battling a war”. Be that as it may, parting with cash was simpler than gathering it for “an egalitarian government”, he added. The following week’s Budget comes in the midst of rising joblessness and follows the greatest UK yearly monetary shrinkage on record. In a meeting with BBC political editorial manager Laura Kuenssberg, Lord Hammond – who surrendered as chancellor when Boris Johnson became executive in 2019 – said the economy had taken a “immense hit” from Covid-19, however should “bob back”. There had been “long haul scarring”, with areas like flying and cordiality enduring “perpetual harm”, and transport and retail “changed always”, he added. Official figures show the UK economy shrunk by 9.9% in 2020 – more than twice as much as in any earlier year on record. On Tuesday, it was uncovered joblessness had ascended to 5.1% in the three months to December – the most exceedingly terrible rate since 2015. What’s more, the public obligation – deteriorated by leave of absence, other pandemic assistance plots and falling assessment takes – remains at more than £2 trillion. Master Hammond said it was improbable “within a reasonable time-frame” that clergymen would have the option to “do whatever will really see the obligation beginning to fall”. “Yet, what makes a difference isn’t the total size of the obligation, yet the size of the obligation comparative with our economy,” he said. “On the off chance that we can develop the British economy throughout the next few years, similarly as after the Second World War, we can make the obligation blur in importance, on the grounds that, despite the fact that it remains the equivalent in supreme terms, it turns into a lot more modest level of our public economy.” Lord Hammond said the test confronting the public authority was “the way to move out of this emergency period”. He applauded Chancellor Rishi Sunak for getting the financial reaction right up until this point and said he was “certain” his impulses were “the correct ones”. However, he said his dread was “that as an egalitarian government, parting with cash is consistently simpler than gathering it in”, and cautioned that clergymen had “made extremely excessive responsibilities to the British electorate in accordance with some basic honesty before the Covid emergency”. “Not those responsibilities can now reasonably be conveyed on and that will be a major test for an administration that views its transient fame as incredibly, significant,” Lord Hammond added. He said he was “not certain” the current “top administration” had the “hunger for being disliked, to make the best decision”. The head administrator has said the chancellor will set out the public authority’s arrangements to “work back better” in next Wednesday’s Budget. Mr Sunak has vowed to spread out the “uphold we’ll give through the rest of the pandemic and our recuperation”, adding: “I realize how amazingly extreme the previous year has been for everybody, and each employment lost is an individual misfortune.” Labor pioneer Sir Keir Starmer said it was “not the time” for charge increments for people or organizations, given the continuous effect of the pandemic. James Green, who runs the Whit stable Oyster Company in Kent, says the effect of the pandemic has been “extreme”. “Clearly there’s Covid-19 toward the start of the year, which influenced us, the eatery side of the business and the shellfish deals. We were open over the late spring. We were occupied, as most seaside spots, and afterward we shut again in November.” But Mr Green adds: “For the clam side of the business the effect of Brexit is presumably had a greater amount of an impact than Covid-19, I would say.” because of Britain leaving the single market, he says he has huge loads of shellfish sitting on his ranch that he can’t sell either to France or locally. Mr Green says the chancellor should give the shellfish business “some assistance to get us through now – in any case there will not be one”.