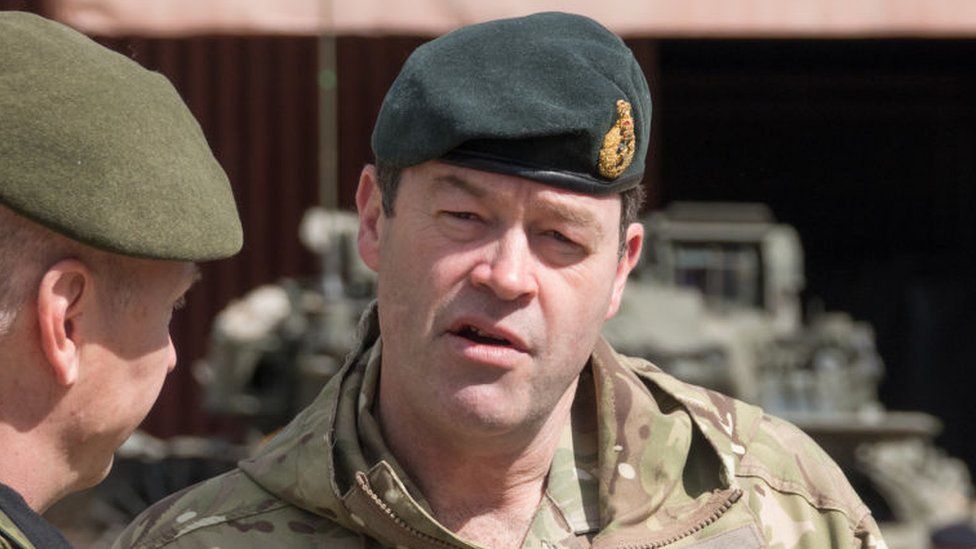 The new head of the British Army has issued a rallying cry to troops – telling them they need to be ready to face Russia on the battlefield.

Gen Sir Patrick Sanders, who began the work last week, tended to all positions and government employees in an interior message on 16 June, seen by the BBC.Russia’s attack of Ukraine shows the need “to safeguard the UK and be prepared to battle and win battles ashore”, he says.He adds the Army and partners should now be “able of…defeating Russia”.A guard source told the BBC’s safeguard reporter Jonathan Beale the tone of the message – gave on the Ministry of Defense’s inner intranet – was obvious.They said all militaries train to battle, however the danger has plainly changed.Gen Sir Patrick noted in the message that he was the main Chief of the General Staff “starting around 1941 to assume control over the Army in the shadow of a land battle in Europe including a significant mainland power”.He added: “Russia’s attack of Ukraine underlines our center reason – to safeguard the UK and to be prepared to battle and win battles ashore – and builds up the necessity to dissuade Russian hostility with the danger of power.”He noticed “the world has changed since the 24th February and there is currently a consuming basic to manufacture an Army fit for battling close by our partners and overcoming Russia in fight”.Gen Sir Patrick likewise put forth out his objective to “speed up the assembly and modernisation of the Army to support Nato and deny Russia the opportunity to possess anything else of Europe… we are the age that should set up the Army to battle in Europe once again”.The Russian attack of Ukraine has changed the standpoint and setting for the Army, which faces slices to the labor force before very long.In March 2021, the public authority declared a decrease in the quantity of warriors it intends to have in the Army to 72,500 by 2025.Safeguard spending in the UK has seen an increment of £3bn a year in genuine terms starting around 2016-17, following a genuine terms cut in financing of £6.6bn somewhere in the range of 2010 and 2017.Russia spends around 4.14% of its GDP on its military, while the UK spends around 2.33%, as per information from IISS Global Military Balance 2020.