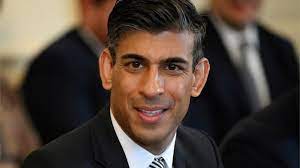 Former Chancellor Rishi Sunak has won the first round of voting by MPs to choose the next Conservative leader and prime minister.

He got 88 votes, with Trade Minister Penny Mordaunt in runner up on 67 and Foreign Secretary Liz Truss third on 50.Chancellor Nadhim Zahawi and previous wellbeing secretary Jeremy Hunt were killed from the race.Those still in the challenge face one more round of deciding on Thursday.The field is supposed to be limited to two toward the finish of the following week, and afterward around 160,000 Tory individuals conclude which up-and-comer they need to turn into the following party pioneer and top state leader.The outcome will be reported on 5 September. Mr Sunak, who quit as chancellor last week in fight at Boris Johnson’s running of the public authority, told the BBC he felt “fantastic” about the outcome.Leaving the Commons room where the vote was declared, Ms Mordaunt said she was “extremely regarded” by her appearance.A representative for Ms Truss said: “Right now is an ideal opportunity for partners to join behind the competitor who will curtail government expenditures, convey the genuine financial change we really want from the very beginning and guarantee Putin loses in Ukraine.”Liz has the experience to convey the advantages of Brexit from the very beginning, develop our economy and backing working families.”Mr Tugendhat, a senior backbench MP, tweeted: “This is a fabulous outcome. I’m really glad to be going through to the following round with the energy we really want to improve this country. Our nation needs a clean start.”Meanwhile, Mr Hunt, who came next in the last Tory authority challenge, in 2019, said he had proactively had his “big cheese” at landing the top position, adding that the Conservative Party had an “energizing future”.In any case, in the midst of allegations that the challenge is turning out to be all the more disagreeable and underhand, he added: “A delicate useful tidbit to the excess competitors: spreads and goes after may bring transient strategic addition yet consistently blowback long haul.”Mr Zahawi, who took over as chancellor after Mr Sunak quit, said that job was currently his “need”, adding: “I plan no further mediation, yet I wish every one of the competitors in the administration challenge the absolute good luck.”The challenge follows Mr Johnson reporting his acquiescence last week, following quite a while of analysis over lockdown parties in Downing Street and different issues.