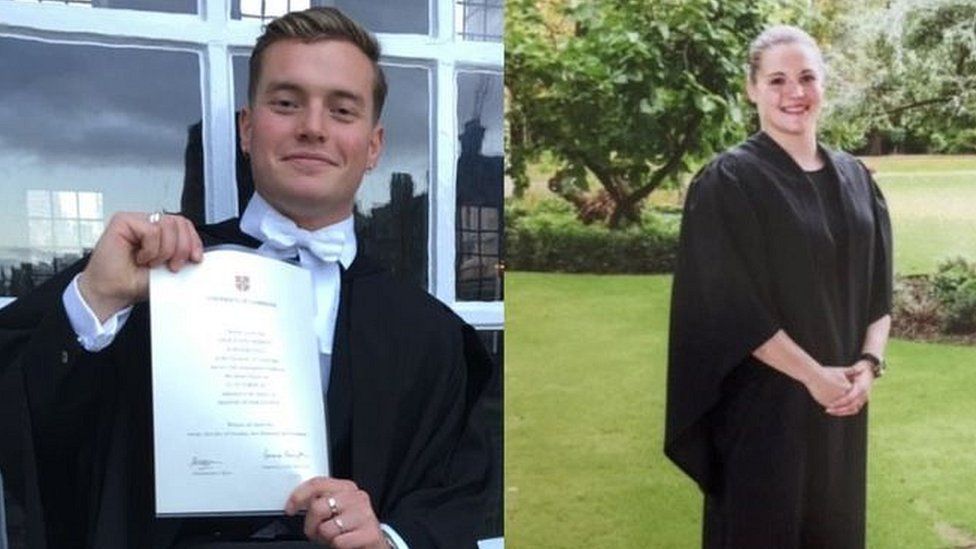 A witness to the Fishmongers’ Hall terror attack thought killer Usman Khan was ‘play-fighting’ as he launched his assault, an inquest has heard.

Khan, 28, lethally injured Jack Merritt, 25, and Saskia Jones, 23, at a detainee schooling occasion on 29 November 2019.  Marc Conway told the investigation he thought individuals were “wrecking about” prior to seeing Khan’s blades.  He stepped on Khan’s hands when the occurrence moved outside before the assailant was shot dead by police.  Giving proof at London’s Guildhall, Mr Conway said: “Before I understood it was not kidding, I said to individuals ‘they’re wrecking about in there, we’ve been welcome to this decent structure and you’re playing up’.  “At that point I understood, and I said ‘he has a blade, two major blades’. It became obvious something genuine was occurring.”  Mr Conway, an arrangement official with the Prison Reform Trust, said onlookers tried to hit Khan with different things, including a wooden seat, in a bid to stop him.  In any case, he said: “He (Khan) wasn’t responding in a way I think somebody hit with a seat would respond.  “There was some additional inspiration or strength there that I hadn’t seen previously.” He called 999 and saw Khan burst out of Fishmongers’ Hall, advancing on to London Bridge, prior to going to confront those in pursuit, seeming to cross the blades before his face as he did as such. Mr Conway, who knew Mr Merritt, at that point stumbled into the scaffold to attempt to help wrestle the blades from Khan, prior to understanding that he had what seemed, by all accounts, to be a touchy belt lashed to him. Khan was handled by individuals from people in general with an enhancing pike, narwhal tusk and discharge quencher, and was then shot dead by police on London Bridge. “I simply needed to help. At the point when somebody said he has a bomb, and you understand that he has a belt round him, you sensed that you was battling for your life,” said Mr Conway. “I stepped on his hands, I may have placed a couple of kicks in. “One of the blades we figured out how to dispose of rapidly, however the different was very hard to get off him.” The investigation additionally heard from server Sandra Bufano, who had assisted present with brunching at the occasion and was covering the cloakroom for an associate when the assault started. She heard shouting coming from the close by men’s latrine, where Khan wounded Mr Merritt, before he arose and stared at her. “He was not busy, however gazing at me,” Ms Bufano said, portraying the look as “extremely serious”. Khan at that point ventured towards Ms Jones, who was going to leave assets in the cloakroom, and wounded her in the neck. Jail official Adam Roberts depicted how he attempted to stem Ms Jones’ seeping with a coat. “I was attempting to ensure she felt agreeable and safe,” he said. “I said she was adored and she was wonderful.” The jury investigations, occurring before coroner Mark Lucraft QC, proceed.