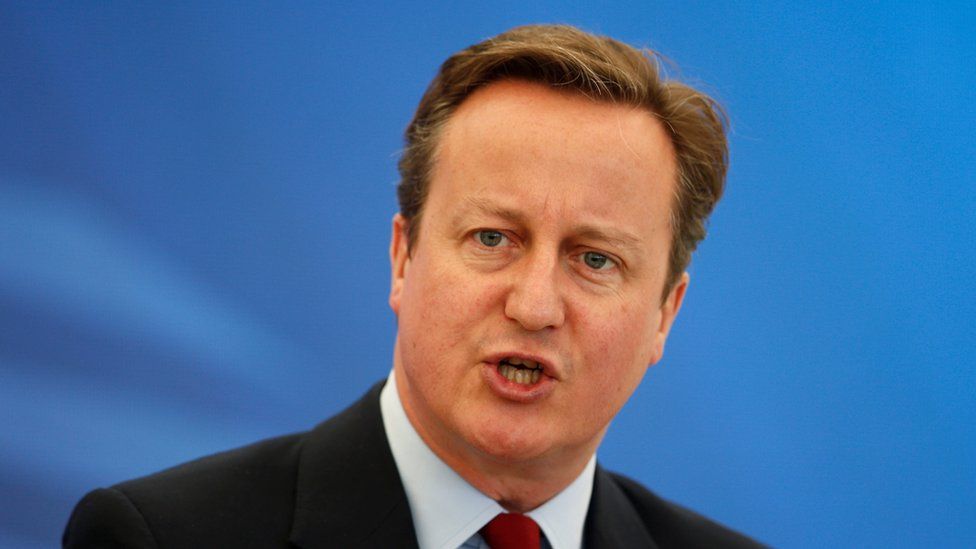 David Cameron has rejected Labour’s claim that Greensill Capital was “carrying the begging bowl” when he asked ministers and officials for access to government-backed loans.

The ex-PM said it was “rubbish” to say the firm had been “in trouble” when he campaigned for its benefit. Greensill had not mentioned “direct help in any capacity”, he added. Be that as it may, Labor said the organization, which later fell, had been “frantic for admittance to citizen cash”. Mr Cameron has come in for extreme analysis for the work he did for Greensill after it took him on as a counsel in 2018. It has been uncovered that he messaged Chancellor Rishi Sunak and top Treasury official Sir Tom Scholar early a year ago over admittance to government-upheld advances for organizations enduring in the pandemic. On Thursday, the Treasury delivered 40 pages of messages identifying with its contact with Mr Cameron and Greensill. What’s more, the Bank of England has said Mr Cameron reached it on different occasions. In June a year ago, Greensill was authorize as a moneylender to “average sized and bigger” firms under the Coronavirus Large Business Interruption Loan Scheme (CLBILS). For Labor, shadow chancellor Annaliese Dodds said: “We need to follow the cash. Greensill was conveying the asking bowl from the Bank of England to the Treasury and back. “It was frantic for admittance to citizen cash, and the public authority allowed that entrance by certifying it to the CLBILS conspire in June [2020].” She added that Mr Sunak and the Treasury had done “nothing when they knew Greensill was somewhere down in the red three months sooner”. Mr Cameron campaigned for the details of the different Covid Corporate Financing Facility plan to be changed with the goal that Greensill could partake, which was dismissed. Mr Cameron’s representative said the organization had not been “requesting an administration credit or direct help in any capacity”. “The Treasury letter dismissing the recommendations in June clarifies that Greensill detailed that economic situations were improving,” he added. “So the possibility that Greensill was in trouble at that stage is hogwash.” Talking in a visit to Hartlepool, Labor pioneer Sir Keir Starmer said Mr Cameron had campaigned “anyone who’ll answer to him”. He added that it “wasn’t simply David Cameron” and that it was “progressively self-evident” Prime Minister Boris Johnson had “been associated with this activity”. Three MP-drove requests and a legal counselor drove government audit are seeing Mr Cameron’s work for Greensill, which fell into organization in March this year, with the deficiency of 440 positions. The previous Conservative pioneer, who began working for the organization as a counsel two years in the wake of leaving Downing Street, has demanded he defied no campaigning guidelines except for acknowledged he ought to have reached pastors utilizing more conventional channels.